Skip to main content
Image
Our heritage
Past to present

Step inside our time machine and discover 1000 years of amazing stories! As well as a Scheduled Ancient Monument, Cogges today is a vibrant visitor attraction and working farm, hosting hundreds of contemporary events, festivals, workshops and more, all set against the stunning backdrop of our 13th century Manor House and Grade II listed 18th century farm buildings. Enter the wonderful world of Cogges, and explore a unique and fascinating glimpse of the past, alive today! 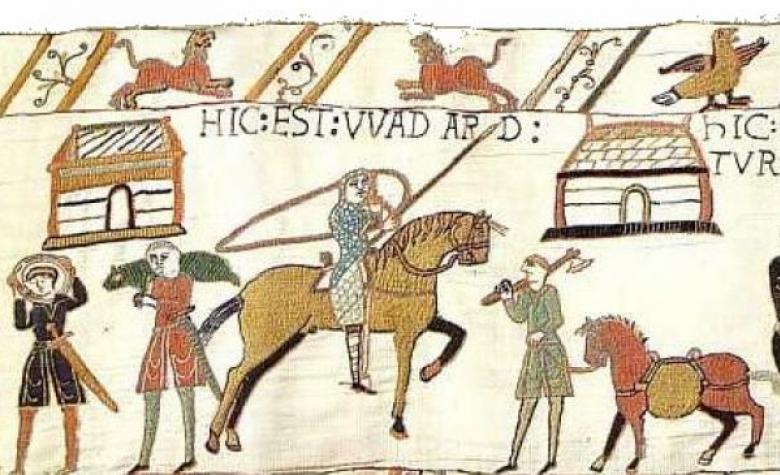 Cogges appears in the Domesday Book and its history runs hand in hand with that of Witney and West Oxfordshire. As it has done over many centuries, it continues to play a vital role in supporting the local community and economy. The earliest known owner of Cogges dates back to the Saxon period, Wadard, who was recorded as Lord of the Manor of Cogges in the Domesday Book of 1086. Wadard was shown as a Norman knight  riding a horse on the Bayeux Tapestry!

Cogges is a popular location for TV and the big screen, such as the 2019 movie Colette starring Keira Knightley, or ITV period dramas Downton Abbey or Arthur & George. The house is home to an incredible array of artefacts and is a popular location for many feature films and TV series. Our working Victorian range is beloved for having cooked welsh cakes on it for generations, original photographs from previous owners and a look into life in Witney and Oxfordshire from years ago. 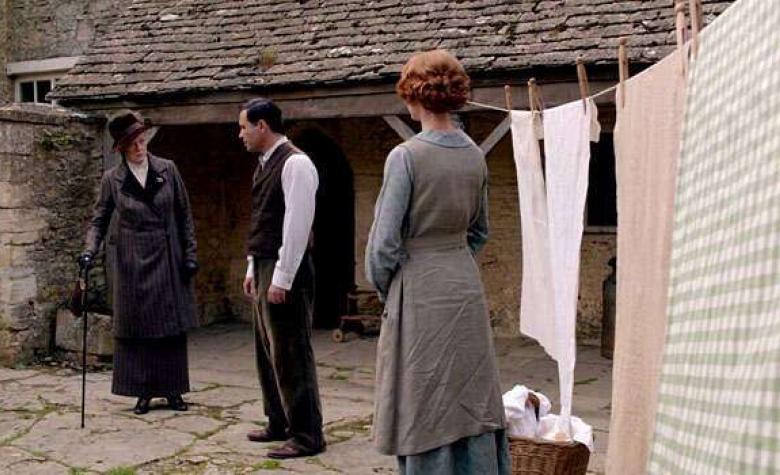 The manor house stood originally by the River Windrush. 'Cogges Castle' was defended by a moat and islands, where the timber play fort and zip wire stands today. Cogges manor was once held by kings of England including Henry VII and Henry VIII; the latter gave the land to Thomas Pope, the founder of Trinity College Oxford. Wealthy wool merchant William Blake owned Cogges in the 17th century and became High Sheriff of Oxfordshire. He was linked to the Witney wool trade and funded the Buttercross in Witney and neighbouring Blake School.

The two 18th century barns are now used for weddings, concerts, theatre and events. Originally they stored harvested crops of wheat and barley for threshing; when both doors of the wheat barn are open, a draught is created which in the past would blow away the chaff from the grain. Fresh milk from Cogges used to be delivered locally by milkman Fred Turner and the Cook brothers, who still used a hand cart on his rounds in the 1930s. The manor was lived in and owned by the Mawle family until 1974. Some of their photographs and artwork still hang upstairs in the house today!

Do you have memories to share about Cogges' past?

We'd love to hear from you if you had a previous connection to Cogges. Perhaps you or a family member once worked or volunteered here or you might have had some connection with the Mawle Family. Share your story via learning@cogges.org.uk

The earliest known owner of Cogges dates back to the Saxon period, Wadard, who was recorded as Lord of the Manor of Cogges in the Domesday Book of 1086. Wadard was shown as a Norman knight  riding a horse on the Bayeux Tapestry, which celebrates the victory of William the Conqueror at the Battle of Hastings in 1066.

The manor next became the property of the Arsic family who probably built the first manor house before 1100 by the River Windrush inside a defensive moat, which can still be seen today. Although there is now no sign of the house above ground, it was still visible in the 17th century when it was described as 'Cogges Castle'. A timber play-fort of the same name stands on the site today.

The Arsic family were still Lords of the manor in 1213 when Robert Arsic established a settlement for Freemen called Newland. This is now part of Witney, but in the early 13th century it was planned as a separate community to rival the recently created market town. The Bishops of Winchester developed Witney around the market place and built a palace next to Church Green, the orginal foundations of which can be seen today. The long term effect of the 13th century development was that the village of Cogges declined instead of growing larger like its neighbour Witney. Today the remains of the medieval village can be found in the field next to the orchard.

By 1245 Cogges had a new owner. Walter de Grey, Chancellor, Regent of England and Archbishop of York gave the land to his nephew who was also called Walter De Grey. It was at this time that a new manor house was built on higher and drier ground away from the river. The foundations of this house were discovered during archeaological excavations.

The descendants of the De Grey family supported the Yorkist cause during the War of the Roses. After their defeat, Henry VII the new king seized the lands of many opponents, including Cogges - and for many years it was in the hands of absentee landlords.

In the middle of the 16th century Sir Thomas Pope, the founder of Trinity College in Oxford was granted the land by Henry VIII.

By 1667 the estate was sold for £8000 to William Blake, a woolen draper from London who was involved in the Witney blanket trade. Through the 16th, 17th and 18th centuries the house was altered and added to, and new barns and outbuildings built to support farming activities.

In 1725 Daniel Blake sold Cogges Manor Farm to Simon Harcourt, 1st Viscount Harcourt. The Harcourt family leased out the manor which at one point was a school for boys, followed by the Hollis family who lived and farmed there for nearly a hundred years.

In 1877 Joseph Mawle, a local farmer took over the tenancy and the Mawle family eventually bought the freehold and continued to live there until 1968. Their photographs still hang in the house today.

Fresh milk from Cogges used to be delivered locally by milkman Fred Turner and the Cook brothers. He still used a hand cart on his rounds in the 1930s.

In 1974 Oxfordshire County Council bought Cogges Manor Farm and converted the house and farmstead into a museum in 1979. It has been sympathetically preserved by the OCC in recognition of its beauty, uniqueness and importance to the local community and the many visitors.

The Museum closed in 2009 and the newly formed Cogges Heritage Trust secured a lease from the Council and reopened Cogges to visitors in 2011.

For over 300 years the small Oxfordshire town of Witney was famous for its blankets, which were exported all over the World. Sadly, the last blanket mill closed in 2002, but the Witney Blanket Story now celebrates everything associated with the industry.

Today, you can visit the Witney & District Museum and the Witney Blanket Hall on the High Street (check ahead for opening times) and see many of the original mills and buildings on the local Witney wool trail.

Find out more at witneyblanketstory.org.uk.

Celebrating our history! Cogges 1000 Years Plus project is supported through the National Lottery Heritage Fund, and will bring the 13th century Manor House, farm buildings and wider landscape to life revealing an untold story of 1,000 years of history for visitors, schools and community groups from across Oxfordshire.

Reconnecting visitors with their rural past, and telling the stories of the people who lived and worked at Cogges, their place within the Cotswolds’ rich farming history and its relevance today in the preservation of traditional skills and rural crafts.